HOW LONG DO I NEED TO CHARGE A NEW STIHL BATTERY?

We are often asked if Batteries need to be charged overnight before using them in a tool. This was the case with the old technology nickel-cadmium (NiCd) batteries, because they had a high level of self-discharge. If the Battery was left on the shelf at the retailer's for a long period of time, they would discharge themselves automatically. This does not occur with modern Lithium-ion Batteries, therefore there is no need to charge them for a excessive period of time before use.

STIHL Batteries are delivered with a charge of 30%. Even if a Battery has been stored at your local STIHL SHOP for a long time, STIHL Lithium-ion Batteries are protected against self-discharge. Before using it for the first time, we recommend that you charge a new battery to 80-100%.

Protection from Self Discharge

The electronic system of the STIHL Lithium-ion Batteries automatically puts the batteries into an idle state, when they have not been used for a long time. This protects against harmful discharge.

The risk of fire from Batteries is a current topic that concerns many users. It is normal for a Battery to get warm when it is being charged, but there is no need to worry about overheating when using STIHL Batteries.

The STIHL Lithium-ion Batteries have a built-in battery management system: if a Battery reaches its full capacity during charging, the charging process is ended and the circuit is interrupted. Overcharging and the associated overheating are thus prevented. As a further protection in the unlikely event of overheating, the Battery cells are in a robust and flame-retardant housing.

Both the STIHL Batteries and Chargers are equipped with protective mechanisms that prevent overcharging and excessive heat.

Every single cell installed in a rechargeable Battery is monitored by a battery management system. An integrated sensor measures the temperature at the warmest point inside the Battery - if the temperature is too high, the charging process is interrupted. The Battery and Charger continuously exchange data: once a charge level of around 80% has been reached, the charger automatically reduces to a very low and gentle charging current. When the Battery is fully charged, the charger automatically ends the charging process and the circuit is interrupted. 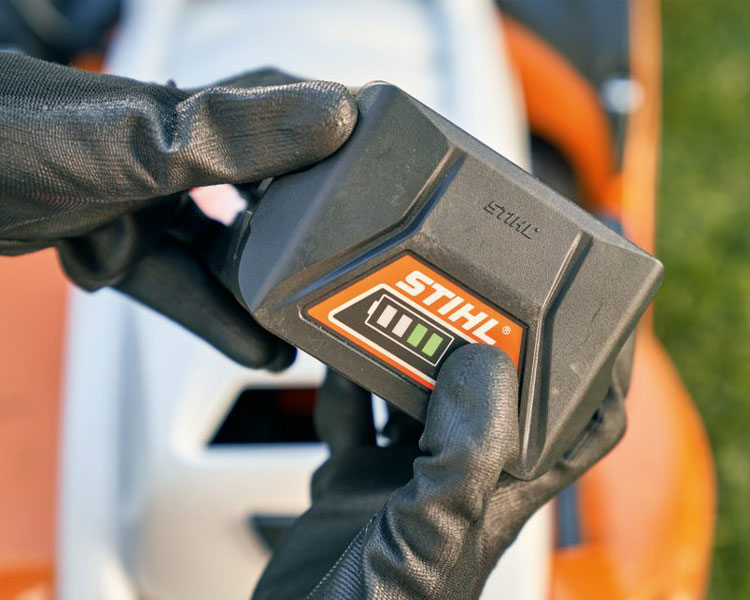 STIHL Batteries can be safely charged when the air temperature is between +5 to +40 degrees, therefore we recommend that you store Cordless Tools and Batteries indoors and at moderate temperatures, for example in the garage or shed.

A modern Lithium-ion Battery consists of an anode, a cathode, a separator and the electrolyte. Electrolyte is a chemical compound that has a liquid or gel-like state. This material ensures the transport of the electrically charged particles (ions) between the anode and cathode. If the temperature is too high, the ions move between the anode and cathode too quickly and the material decomposes - the Battery then becomes unusable.

Temperatures that are too low are also harmful to the Battery. Unlike when the particles accelerate in heat, the processes slow down in the cold. A frozen battery cannot be charged at all. 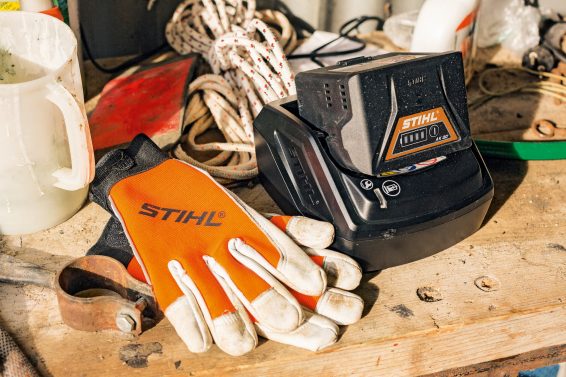 The four LEDs on the Battery indicate the charge status of the Battery and any faults. Simply press the button on the battery - the LEDs light up green for about five seconds and then indicate the charge status by the number of green bars that are displayed. If only one LED flashes green, this indicates a low charge. If the LEDs light up or flash red instead, there is a fault.

If the Battery is in the charger, the green LEDs also indicate the charge status (if no LED lights up, the charging process is complete?.